Fanny Clamagirand has already established herself as an artist of great distinction on the international stage and is considered to be one of the finest violinists of her generation. Her elegance, the brightness of her playing, her interpretations involving sensitivity and authority received many times the critics’ praise. Her talent and commitment are supported by many foundations and organizations in the world. She currently receives the support of Anne-Sophie Mutter.

Born in Paris in 1984, Fanny started playing the violin at the age of seven. She was taught by L. Kolos, before joining J.J. Kantorow’s postgraduate course at the Paris Conservatoire in 2000, aged sixteen. In 2003, she went on to study with I. Rashkovsky at London’s Royal College of Music, where she obtained her “Artist’s Diploma” (2004). Then, she was coached by P. Vernikov at the Konservatorium of Vienna and at the Scuola de Musica di Fiesole (Italy). Fanny followed in the same time many masterclasses.

Fanny is a regular guest on French and foreign radio and TV shows, live or recorded. In 2012, she appeared in the Arte « Stars of Tomorrow » TV show hosted by tenor Rolando Villazon. In 2014 and 2015, among other, two of her performances with orchestra were chosen for Radio Classique special program « Esprit Musique ». In 2017, France Musique broadcasts live the World Première of Violin Concerto « Missing », composed by Edith Canat de Chizy, she gave together with the Orchestre National de France under the direction of John Storgards, …

Fanny plays on a Matteo Goffriller violin made in Venice in 1700. 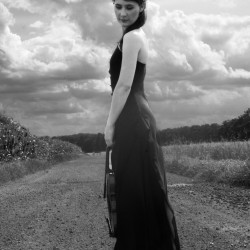 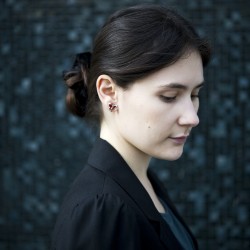 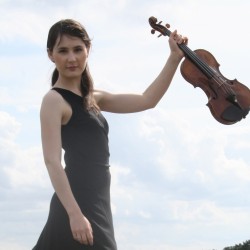 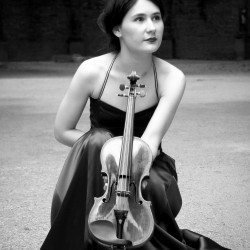 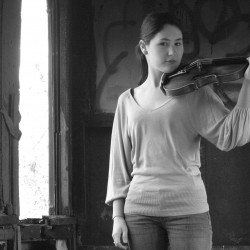