After his studies at the Conservatoire in Paris, with a first prize of Cor, he successively won two awards as conductor at the International competitions in Florence (Italy) and Katowice (Poland).

Subsequently, Michel Glotz offered him to assist Herbert von Karjan in Berlin and this was decisive for his artistic evolution.

Another event and of same essential importance will be his meeting with the great French conductor Georges Prêtre. This exceptional professional and friendly relationship he has had with him, alowed Cyril Diederich to deeply work and realize what Georges Pretre him told…

Cyril Diederich has been invited in many European operas of Europe: opéra de Paris Bastille, Opera Berlin, opera of Rome, Fenice of Venice, the operas of Geneva, Zurich and Lausanne, and at orchestras such as: The Orchestre de Paris, The Osterreichische Rundfunk in Vienna, the Bayerische Rundfunk in Munich, the radio orchestras of Madrid, Bucharest, Zagreb, the national orchestras of Lithuania, Brazil, Hungary…

Cyril Diederich has received the prize for musical Revelation of the Year awarded by the ensemble of French music critics. 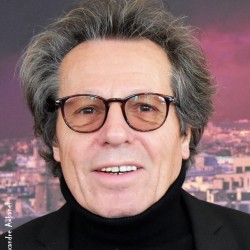