He recorded for Berlin Classics, Deutsche Grammophon, Glissando, Naxos and Warner Classics with works of Beethoven, Mozart, Haydn, Schubert, Chopin, Barber, Bernstein, Copland and Gershwin. The CD “East meets West” which he recorded together with Daniel Hope won the German “ECHO” and was nominated for the Grammy 2005.

His CD with Sir Roger Norrington and the Camerata Salzburg was celebrated as one of the best Mozart recordings ever, for his CD with works of Franz Schubert the Gramophone Magazine titled their review with the words: “Poise and discipline from a pianist we must hear more from”, his new CD “Pure Mendelssohn” was the Gramophone Editor’s choice in march 2009.

Poise and discipline from a pianist we must hear more from.(…) this disc is invaluable on two fronts. First, it introduces us in a first recording to 572 bars of original Schubert (…). Second, it presents the 35-year-old German pianist whose playing is a marvel of robust eloquence and unfaltering mastery, free from all distracting caprice or idiosyncrasy(…) All his performances are as disciplined as they are acute and I can scarcely wait to hear this finely recorded and most clear-sighted of pianists in the widest possible repertoire.

Here’s something of a find Sebastian Knauer knows instinctively just how to flirt, tweek and swing with these juicy lyric temptations (…). He polishes these epigrammatic jewels with sophistication, charisma and improvisatory wit and whimsy, gauging exactly how to appear loose by playing tight. The engineering is blessed with fulsome tone and a well-defined, lifelike range. A triumph!

Gershwin – played by the remarkable young German Pianist Sebastian Knauer It is one of the most enjoyable and impressively recorded piano records I have encountered in a long time, and the music-making is glorious (…) For this intelligent pianist Gershwin is great music, and in his hands it is so performed (…) Gershwin, even in his smallest song, stands up to full classical treatment. We hear Rhapsody in blue in the intensely involving solo version, and this is the most musical performance I’ve heard. Knauer plays this big Gershwin with unabashed conviction and brilliance(…) Editor’s note: Mr van Sant has described the Knauer perfectly. He takes the music seriously. He takes time to smell the flowers, but he keeps up rhythms and moves things along. Since Europeans usually cannot play Gershwin at all, this is worth calling to your attention(…)

An excellent soloist. Rich in variety and impudent in the corner movements, as well as dreamlike in the wonderful adagio assai: this was the outstanding interpretation of Ravel’s piano concerto in G-major.  Sebastian Knauer proved to be an excellent soloist, who formed an outstanding partnership with the Duisburg Philharmonic, conducted by John Axelrod (…)

One of the best Mozart recordings ever! Roger Norrington played this concerto with pianist Sebastian Knauer and the Camerata Salzburg just a stone’s throw from Mozart’s birthplace. Right from the start you’re enveloped by the pure glory of the orchestra’s sound. When Knauer begins his solo, your first thought is: what understatement! Doesn’t he want to make it onto the poster? But this delicate style is Mozart’s hallmark. Knauer doesn’t stride around like an athlete; he wanders like a dreamer, like an agile Franciscan communing with nature. The result is enchanting, as if he’s tiptoeing through the Garden of Eden.

Sir Roger Norrington’s  concerts with the Camerata Salzburg under the sign of SchubertSchubert’s last sonata (B Major D960), played in the Sunday concert before the last symphony, was an un-missable programme item.Sebastian Knauer is an exceptional pianist (…) Knauer radiates a spiritualised tonality, causing themes and their transformations to glide through one another quite naturally. It is amazing that out of this comes nothing watered-down, but wondrous contours subtly shimmering through. Knauer led the Andante with pure, uncompromising lyricism, without producing an endless chant (…) Threads were teased out Con delicatezza in the Scherzo and in the final movement, with its themes constantly tumbling through joy and depression, the pianist found his starkest contrasts, without ever over-stressing the Forte

Impression of spontaneity The big attraction here is the performance of the Piano Concerto in D, K451. Roger Norrington and the Camerata Salzburg convey the forceful expression of the opening without sounding weightily grounded. Sebastian Knauer’s solos are unusually flighty and light-fingered, with something of the effortless grace of a darting bird. Knauer manages to give such an impression of spontaneity that he never seems to cover the same ground twice.

Joyful music – makingKnauer’s engaging lightness of touch works wonders in the too-rarely played D major piano concerto, K451. Add to this the decorous, tender partnering of the Camerata Salzburg under Norrington and the total effect is one of joyful music-making among friends. assic FM)  A Triumph !Here’s something of a find (…) Sebastian Knauer knows instinctively just how to flirt, tweek and swing with these juicy lyric temptations (…). He polishes these epigrammatic jewels with sophistication, charisma and improvisatory wit and whimsy, gauging exactly how to appear loose by playing tight. The engineering is blessed with fulsome tone and a well-defined, lifelike range. A triumph!

Finest tonal coloursAnyone who knew the work (Rhapsody in Blue) in its original 1924 line up with jazz band and piano would be well-aware of the variety and virtuosity a purely piano version would demand of the pianist. However, Knauer mastered the acrobatic feat of strength with bravura and plenty of fingertip feeling. The jazz inlays appeared to harmonise naturally with the classical tones, the finest tonal colours created almost narrative rhythmic accord – cascades thundered impressively but never stolidly.

Knauer and Norrington find no languor in an ideally paced Andantino, nor a trivial outlook in a deftly accented, dynamic finale that finishes in swinging compound time.This carefully balanced and tonally excellent disc is most desirable.

From the very beginning the Hamburg-born pianist Sebastian Knauer kept his Wiesbaden audience completely under his spell during his recent performance of Beethoven’s concerto No. 3 in c-minor op. 37.Knauer, winner of several competitions, pupil of Karl-Heinz Kaemmerling and Philippe Entremont, is also a regular partner in duo performances with the violinist Daniel Hope.He is a craftsman who obviously learnt early on to handle the tools that ensure a perfect interpretation. His touch is of refined diversity, his well-balanced phrasing leads towards specifically designated notes, each single tone is carefully moulded and – in Beethoven’s music an extremely important factor – he has a clear perception of style.All this he knew to translate into action with seemingly boundless playing technique and without reserve in his recent performance.At times his pianistic attack and his timbre bore shades of Gerhard Oppitz and, like that artist, Knauer revealed in the encore his particular affection for the late works by Brahms. 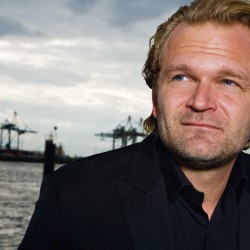 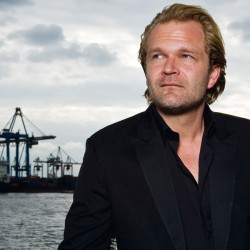