Klára Kolonits is a dramatic coloratura soprano born in Budapest. Her recent stage engagements include premieres of Norma in Nadine Duffaut’s staging followed by a successful run of 13 shows, as well as Lucia di Lammermoor (in original keys) and Les Huguenots in Hungarian State Opera, Bellini’s I Puritani with Riccardo Frizza and Verdi’s Attila in Nürnberg, in Peter Konwitschny’s staging.

On the concert stage she is particularly appraised for her interpretation of soprano part in Verdi’s Requiem, that she frequently performs: among others in Yekaterinburg with Dmitry Liss and in Budapest with Daniele Rustioni.

Klára Kolonits’ plans for the this year concentrate among two genres particularly close to her heart: Bel Canto and Lieder. She returned to the Hungarian State Opera stage as Marguerite de Valois and Lucia. In Spring she performed Violetta in La Traviata in Hungarian Opera of Cluj, Romania and also debuted in this role on the stage of Teatro Coccia in Novara. In Autumn, she debuts on stage of Theatre du Capitole in Toulouse as Norma, in the staging of Anne Delbée. On the concert stage, accompanied by Dániel Dinyés, she interprets among others songs of Debussy, Korngold, Grieg and Schumann. With Bálint Zsoldos, she also gives recitals of Rachmaninov and Liszt song repertoire (Budapest Spring Festival 2019)

Klára Kolonits graduated from Franz Liszt Academy of Music, joining the ensemble of the Csokonai Theatre in Debrecen afterwards. Her first engagements were Nannetta in Falstaff, Contessa d’Almaviva, Olympia-Giulietta-Antonia in Tales of Hoffmann, Fiordiligi in Cosí fan tutte and the Queen of the Night.

After having won a series of prizes in major music competitions she has been engaged by the Hungarian State Opera in Budapest, remaining its soloist since then. On the Budapest stage she presented herself in roles such as Mozart’s Donna Anna, Fiordiligi, Konstanze, Fauno (Ascanio in Alba) and Queen of the Night, Bellini’s Giulietta (I Capuleti ed i Montecchi) and Norma, Donizetti’s Lucia, Meyerbeer’s Marguerite, Verdi’s Violetta, Odabella (during Summer Opera Festival), Gilda and Luisa Miller, Erkel’s Melinda (Bánk Bán) and Szilágyi Erzsébet (Hunyadi László), the last ones being the Hungarian examples of Italian-inspired Bel Canto.

Her guest appearances include Violetta in Bratislava, Ljubljana, Osijek, Ostrava, Debrecen, Schloss-Kirchstetten and Szombathely, Gilda in Cluj and Miskolc, Odabella in Nürnberg and Miskolc, Olympia-Giulietta-Antonia in Szolnok, Brno and Gjon, Elvira in Puritani in Pécs and Zamárdi, Lucia di Lammermoor in Szombathely and in an open-air production in Budapest, Beatrice di Tenda and Lucrezia Borgia in Copenhagen, Donna Anna in Prague, Brno, Zagreb, Kosice and Gars am Kamp, Queen of the night in Amsterdam, Hague, Weimar, Linz, Debrecen and during the Savonlinna Opera Festival where she sung the role in Finnish.

In 2009 under the label of Hunnia Records her Liszt Songs CD album appeared: consequently, in 2010 she was awarded a prestigious Liszt Prize. In 2013 and again in 2018 she received the title of Kammersängerin of the Hungarian State Opera in Budapest.

Recorded with Hungarian Studio Orchestra under the baton of Dániel Dinyés, the Bel Canto Reloaded album was issued in December 2014. It consists of gems of Bel Canto literature such as Anna Bolena’s complete mad scene, Elvira’s aria from I Puritani and fanfarous cabaletta from the first edition of Verdi’s Macbeth. Having quickly received unanimously enthusiastic reviews from the critics and the audience, it has also caused a growing interest in that particular repertoire and style. 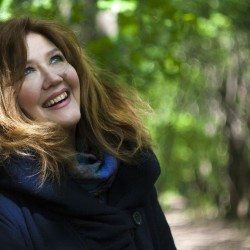