Tilman Lichdi received his first singing lessons at the age of 18 from Alois Treml, member of the Opera in Stuttgart. Yet he opted first for the trumpet, instrument which he studied for four years with Prof. Günther Beetz in Mannheim and only in 1999 he definitely switched over to continue singing lessons with Prof. Charlotte Lehman in Würzburg.

Tilman Lichdi, very quickly, established himself as one of the most distinguished interpreter of Bach’s oratorios and of the Lied repertoire. He worked the latter in master classes of Dr. Ernst-Huber Contwig, Prof. Helmut Deutsch and Prof. Peter Schreier.

Tilman Lichdi is very much in demand be it in concerts (namely for the parts of the Evangelist in J.S Bach’s oratorios), be it in the operatic world (with a great affinity for Mozart’s operas). He has been working so far with conductors such as Kent Nagano, Christoph Prick, Bernard Labadie, Ton Koopman, Martin Haselböck, Christoph Poppen, Wolfgang Gönnenwein, Jörg Straube, Friedrich Haider, Jean-Christophe Spinosi, Klaus Peter Flor, Hartmut Haenchen and Michail Pletnev.

The highlights of his 2010/11 season were his debut in the U.S.A with Bach’s St. John Passion under the baton of Bernard Labadie conducting the Chicago Symphony. (“One can go a lifetime without hearing the Evangelist sung as well as by Tilman Lichdi, and I’m not forgetting Peter Schreier.” echoed the Chicago Press), followed by his debut with New York Philharmonic (Messiah) and a tour through Asia with Schumann’s Dichterliebe as well as a concert version of the Mozart’s The Abduction from the Seraglio with the Orchestra of the Age of Enlightenment under the direction of Bernard Labadie, concerts featured in Toulouse, Valencia and the Queen Elizabeth Hall in London.

In March 2011 Tilman Lichdi took part in a staged version of Handel’s Messiah in Paris/Théâtre du Châtelet, under the direction of Hartmut Haenchen, followed, in April 2011 all over Europe, by 13 performances Bach’s St. John Passion under the baton of Ton Koopman. At the end of this very season Tilman Lichdi gave his Australian debut with Haydn’s Creation in Melbourne under the direction of Bernard Labadie and his debut with the Munich Philharmonic Orchestra, Ton Koopman conducting him in Mozart’s Krönungsmesse, which was followed by an immediate invitation for Bach’s St. John’s Passion in 2013.

In the upcoming 2011/12 season, Tilman Lichdi can be heard in Nuernberg as David (Meistersinger), Steersman (The flying Dutchman), Ferrando (Cosi fan tutte) and Tonio (Fille du Régiment). He will also participate at the world permière of Nikolaus Gross’es Oratorio in Duisburg under the baton of Graham Jackson, and at Bach’s b-minor Mass at the Musikverein in Vienna, direction Martin Haselböck.

During the second part of the season follows an extensive USA tour with the Amsterdam Barock Orchestra, under the direction of Ton Koopmanrecordings of works by Telemann and Buxtehude, Bach’s St. John Passion in Madrid…all under the baton of Maestro Koopman and his debut with the SWR Orchestra Stuttgart performing Franz Danzi’s Der Bergeist under the direction of Frieder Bernius. 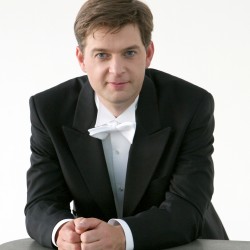 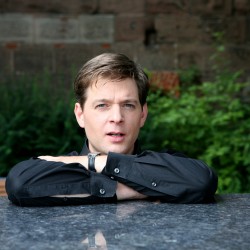 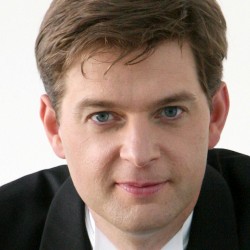