“…in a revival of Verdi’s “Don Carlo” the great bass Ferruccio Furlanetto is giving a spellbinding master class on the adage. … Mr. Furlanetto meets Verdi’s demanding, wrenching music with commanding power and moving vulnerability in both voice and gesture.”
(New York Times, February 2013)

One of the greatest basses of our time Ferruccio Furlanetto is one of the most sought-after singers in the world. The critics praise him for his vast range, thundering vocal power, and excellent acting ability.

His amazing international career began with the role of King Philip II in Verdi’s Don Carlo at the Salzburg Easter Festival under the baton of Herbert von Karajan in 1986. In the same year he debuted at the Salzburg Summer Festival with the role of Figaro in Mozart’s opera. His debuts on the leading opera stages happened earlier: Teatro alla Scala (1979), Metropolitan Opera (1980), Vienna State Opera (1985).

He has collaborated with some leading orchestras and conductors such as Herbert von Karajan, Carlo Maria Giulini, Sir Georg Solti, Leonard Bernstein, Valery Gergiev, Lorin Maazel, Claudio Abbado, Bernard Haitink, Daniel Barenboim, Georges Prêtre, James Levine, Semyon Bychkov, Daniele Gatti, Riccardo Muti, Mariss Jansons, and Vladimir Jurowski. He performs in concerts and recitals at the leading world’s concert halls, in the repertory ranging from Verdi’s Requiem to Russian songsand Schubert’s Winterreise. He has made numerous recordings of opera on CD and DVD, and his performances were broadcasted internationally over the radio and television. He feels equally at home at many opera houses such as La Scala Milan, the Royal Opera House, Covent Garden, the Vienna State Opera, the Opera National de Paris, and the New York Metropolitan Opera as well in Rome, Turin, Florence, Bologna, Palermo, Buenos Aires, Los Angeles, San Diego, and Moscow. At the Mariinsky Theatre in St. Petersburg, he has become the first Italian bass to appear in the title role of Mussorgsky’s Boris Godunov. He also performed the role on the stage of Bolshoi Theater with great critical and public acclaim last season, becoming the only Western artist who sang Boris Godunov on both historical main stages of Russia.

Ferruccio Furlanetto is Honorary Ambassador to the United Nations as well as Kammersänger and Honorary Member of the Vienna State Opera.

In the 2013-14 season Ferruccio Furlanetto will return to the world’s greatest opera houses and concert halls, including the Vienna State Opera, La Scala in Milan, the Gran Theater in Geneva, the Teatro Real Madrid, the San Diego Opera, the Canadian Opera in Toronto, Suntory Hall in Tokio, Berlin Philharmonia, Moscow Big Conservatory Hall, Salle Pleyel in Paris and at the Auditorium in Barcelona.

Ferruccio Furlanetto launches his 2013-14 season with two Verdi’s bass parts in Vienna State Opera. “Today’s reigning Fiesco” (Chicago Tribune) he returns to Simon Boccanegra and will be seen later as Philipp II in Don Carlo. He won international acclaim in both parts most recently at the Royal Opera Covent-Garden (“singing with an imposing authority” Financial Times, 2013) and the Metropolitan Opera (meeting Verdi demands “with commanding power and moving vulnerability in both voice and gesture” New York Times 2013).

In January he is Boris Godunov at the House on the Ring, returning to Yannis Kokkos production – again for his favorite and acclaimed role widely praised last season not only in Vienna, but also in Bolshoi Theater, Moscow.

He will continue performing the bigger than life figure of tormented Russian tzar in concert with L’Orchestre National du Capitole de Toulouse under Tugan Sokhiev in France: Toulouse (February 3), Paris Salle Pleyel (February 5), and during the Orchestra’s tour in Spain in Pamplona, Oviedo and Barcelona.

In spring Ferruccio Furlanetto will return to one of his most beloved characters – Massenet’s Don Quichotte, performing the part with San Diego Opera and in his debut with Canadian Opera Company in Toronto. St.Petersburg fans are also looking forward to his return to Yannis Kokkos production of the opera at the Mariinsky Theater having strong hopes that this stunning performance will be filmed for DVD this time.

Furlanetto’s operatic season engagements also includes Procida in I Vespri Siciliani at the Teatro Real, Madrid and Ramfis in Aida in the Teatro San Carlo, Napoli. 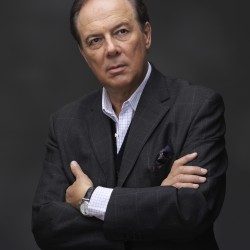 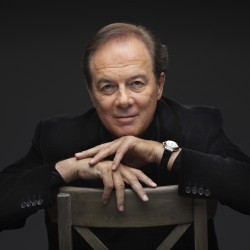 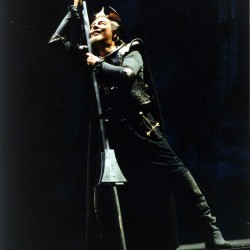 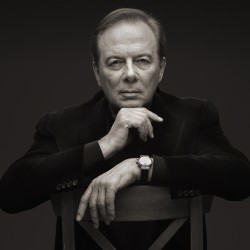 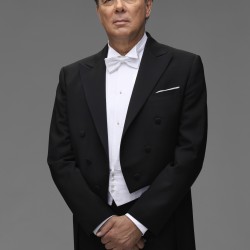 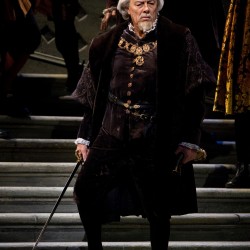