Frédéric Goncalves  studies at the National Conservatory of Music and Dance in Paris in the class of Jane Berbié, where he obtained a first prize for opera singing. He subsequently studied at the opera school of the Opéra de Paris, then returned to the troupe of the Opéra Comique where he performed for several seasons.

In Paris he was seen at the Opéra Bastille (Concert Poulenc), at Operé  Garnier (Dialogues des Carmelites). In concert Salle Pleyel (Zaïde, La Vie Brève) and  in the Cité de la Musique (Stravinsky’s Les Noces). At the Théâtre du Châtelet, Parsifal,  Padmavati, and Cyrano de Bergerac next to  Placido Domingo, whom he also had as conductor during his return to the Comic opera in Mignon. The Théâtre du Châtelet also invited him several times to participate in the “opera lessons” presented by Jean-François Zygel (Tosca, Pelleas, Don Giovanni, Wozzeck).

He also performed in Cagliari (Italy) in “Les Dialogues des Carmélites”, in Palma de Mallorca (Spain), “L’Heure Espagnole”, at the Grand Théâtre de Genève, “Mignon” At Lausanne opera house, “Les Mousquetaires au Couvent “(Opera Comique). The oratorio is very present in his repertoire, he frequently performs the Brahms German Requiem, Beethoven’s Ninth Symphony and Haydn’s Creation. Frédéric Goncalves is also a melodist and an interpreter of Lieder. He was the guest of several programs on France Musique in the Auditorium 105 of Radio France, interpreting among other things the melodies for voice of Duparc and the Schwannegesang by Schubert. 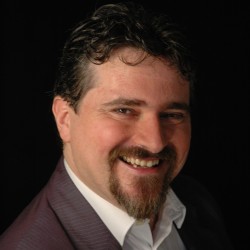 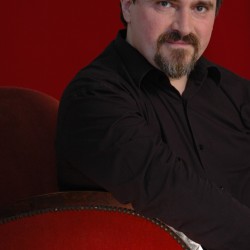