After having learned organ Jean-Jacques L’Anthoën starts singing. At 18 he entered the conservatory of Rennes, where he follows the advice of Martine Surais.

During these five years he sings the Podesta in” La Finta Giardiniera” by Mozart, the poet in the opera” Reigen” by Philippe Boesmans, “Beatrice and Benedict” by Berlioz in 2014.

Alongside his studies Jean-Jacques L’Anthoën is invited by various structures: He is guest at the Chorégies d’Orange with a recital in the frame of “all at the Opera” organized by the French operas houses in 2013.

At the Festival of Aix en Provence, as part of the Academy 2013, he sings the husband in the “Mamelles de Tresisas” by Poulenc, which he also performs at the Theatre de la Monnaie in Brussels in 2014.

At the Opéra de Nantes-Angers in 2013, he performs the role of first Commissar in” Dialogues des Carmelites” by Francis Poulenc. In 2014, at the Opéra National de Bordeaux with the Orchestra of Bordeaux Aquitaine, he sings in the ballet Pulcinella by Stravinsky.

His long voice range allows him to sing some tenors and baritone roles easily.

Recently, Jean-Jacques the Anthoën also started wit the recital repertoire, building a duet with the already well-known French pianist Adam Laloum. They recently appeared at the Paris Conservatory, at the Emperi Music Festival 2014, and in the brand new Lagrasse Festival 2015.

JJL appears at the Opera Comique in  creation by Marc-Olivier Dupin, « The Ghost of the Opera ». He is  further  doing  a series of recitals  and will  participate in a new creation at the Lille Opera, « Princesse Légère » 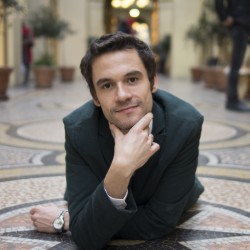 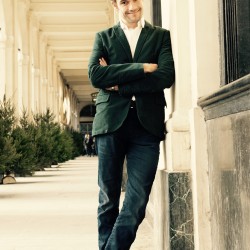 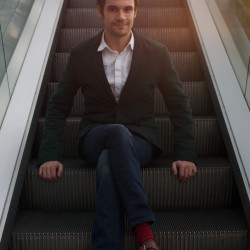