After having been named ‘Emerging Artist of the Year 2015’ by ECHO Klassik for the recording of his own piano transcriptions, Florian Noack was awarded the Diapason d’Or of the Year 2017, the International Classical Music Award (ICMA) and the Octave de la Musique for his recording of Lyapunov Piano Music – a number of prestigious awards which confirm the talent of this exceptional musician. In 2018, Florian released an album entitled “Album d’un voyageur” at La Dolce Volta, which was awarded a Diapason d’Or in March 2018 as well as an Octave de la Musique in June 2019. His latest disc appears in September 2019 and is dedicated to Prokofiev.

Florian Noack has won numerous prizes including the Rachmaninov International Competition, the International Robert Schumann Competition and the Piano Competition in Cologne. He also won the “Grandpiano” Prize from the Belgian Vocational Foundation, and has received grants and scholarships from Spes, the Fondation Banque Populaire and from the Mozart Gesellschaft.

He is regularly invited to numerous festivals in the United States, China, South Korea, Germany, France, Mexico and Belgium. He has notably performed at the Kölner Philharmonie, the Palais des Beaux-Arts in Brussels, the Oriental Center Arts in Shanghai, the Beijing Concert Hall, the Comédie des Champs-Elysées in Paris, the Konzerthaus in Dortmund and the Xinghai Concert Hall in Guangzhou.

Amongst his actuality, he is the guest the Belgium National Orchestra, the Liège Royal Philharmonic Orchestra, of the Festival de la Roque d’Anthéron, the Folle Journée de Nantes, the Musiq’3 Festival in Flagey, the Liège Philharmonie, the Philharmonie de Paris, the Bozar in Brussels, the Konzerthaus in Berlin, the Salle Gaveau and the Auditorium du Louvre in Paris, the Opéra de Saint-Etienne, the Festival des Nuits du Piano in Toulon, the Musashino Shimin Bunka Kaikan in Japan, the Hussum Festival in Germany, the Pontlevoy Festival, etc.

As a soloist, Florian Noack has performed with orchestras such as the WDR Rundfunkorchester, the Philharmonie Südwestfalen, the Budapest Strings, the Charlemagne Chamber Orchestra, the Orchestre Symphonique d’Aquitaine, the Philharmonisches Orchester Zwickau …

Florian Noack quickly distinguished himself by his passion for rare works from the romantic and postromantic repertoire, and his concert programs often include composers such as Lyapunov, Alkan, Medtner or Dohnanyi. He is also the author of transcriptions based on orchestral works by Tchaikovsky, Rachmaninov and Rimsky-Korsakov, and which have attracted the attention of musicians such as Boris Berezovsky and Cyprien Katsaris.

Born in 1990 in Brussels, he began studying the piano at the age of 4, and at 12, entered the Queen Elisabeth Chapel in the cycle for Young Exceptional Talents, where he studied with Yuka Izutsu. He then continued his studies at the Musikhochschule in Cologne with the Russian pianist and composer Vassily Lobanov, and at the Musikhochschule in Basel, with Claudio Martinez-Mehner.

Florian Noack is currently a professor at the Musikhochschule in Cologne. 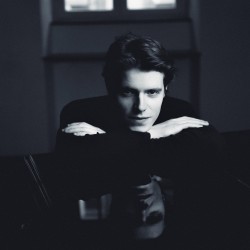 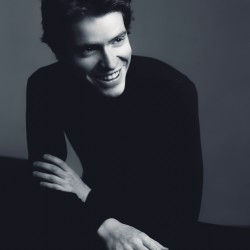 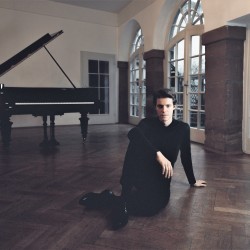 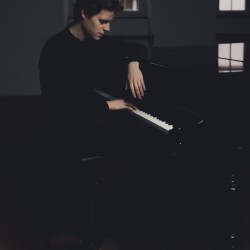 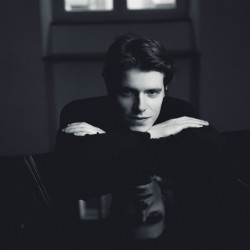