“Raphael Severe’s Clarinet wonders by clarity of sound, accuracy of breath and understanding of the text. Raphael Severe is already, despite his young age, but rightly considered as “the” French virtuoso of the twenty-first century.”

“Sévère possesses a lovely tone that is remarkably even throughout the clarinet’s range, and a superb legato. He shapes a phrase lovingly and has impeccable intonation.”

Discovered by the public at the ‘ Victoires de la Musique 2010 ’ – French classical music awards – Raphael Severe currently ranks as the youngest representative of the French school of clarinet. His 1rst Price at the Tokyo Competition at the age of 12, and his nomination at the age of 15 in the category of ‘Instrumental soloist revelation’ highlighted an outstanding musical record. In the United States, Raphael won in 2013 the 1st Prize of the Young Concert Artists Competition in New York, as well as eight out of the ten Special Prices.

Radio France offered him a « Carte Blanche », as part of its Chamber Music Series. Raphaël also performed in Berlin as part of a show in ARTE « Les Stars de demain » presented by Rolando Villazon.

Always attracted by the creation and himself a composer, in 2016 he created his first piece “Obscurs” for clarinet and guitar at Salle Cortot (Paris) with Antoine Morinière, published by L’empreinte mélodique. In 2019, he has composed “Seven Miniatures” for solo piano (creation in February 2019) and “Entre Chien et Loup” for solo guitar (creation in Vienna in summer 2019). In 2020, he will create his first concerto for clarinet and orchestra, commissioned by the Orchestre de Bretagne.

His recordings have been rewarded among others by Diapason (Diapason d’Or), Classica (Choc), Télérama (FFFF event). In 2017, Raphaël has released an album dedicated to Carl Maria von Weber’s first Clarinet Concerto recorded at the Berlin Philharmonic with the Deutsches Sinfonieorchester under the direction of Aziz Shokhakimov, with two works by the same composer with the pianist Jean-Frédéric Neuburger (Mirare).

Accomplice since always with the Trio Messiaen, they have released in 2018 an album devoted to the Quatuor pour la fin du temps by Olivier Messiaen, as well as to the Court Studies from the Tempest byThomas Adès (Mirare).

“Sévère’s tone was rounded and mellow, rich in the low chalumeau register and clarion bright at the top, without becoming harsh in the small hall.”
The Washington Post – 31 mars 2015 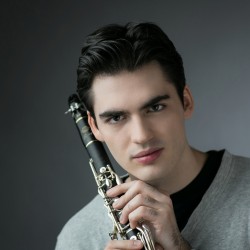 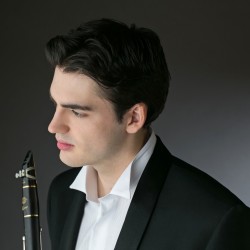 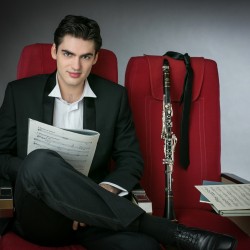 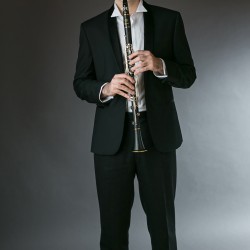