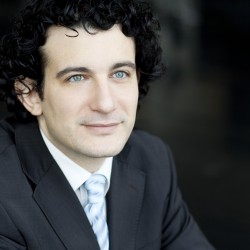 Dark tunnels, eerie shadows and mysterious doors: Alain Altinoglu conducts the Orchestre de Paris in a programme traversed by the dark forces. After the arranged suite of Pelléas et Mélisande with incredible orchestral refinement, the French conductor joins Alexandre Tharaud in the tragic Ravel’s Concerto for the left hand. Written for Paul Wittgenstein who lost the use of his right arm during the First World War, he is as much a prodigy of writing, giving the illusion of both hands, as a work of emotional impact and a rare tension. Bartók’s only opera, Le Château de Barbe-Bleue builds on the famous Perrault tale to create a heavy and frightening atmosphere, with somber beauty. Three black diamonds. March 11 and 12, 2020 at 8:30 p.m. / Grande Salle Pierre Boulez – Philharmonie